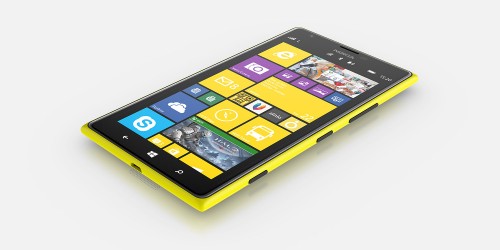 An ever increasing number of people complaining about the amount of ads now appearing on their mobile, saying that these contribute towrds their data allowance which is a fair comment.

Earlier this week, Samsung rolled out support for ad blocking in the new version of its web browser for mobile devices, the Samsung Internet Browser. Third-party developers quickly responded by launching ad-blocking mobile apps that work with the browser.

While other have taken to using ad blocker apps such as Adblock – which Google have recently recently removed from their app store.

Apparently, Google – which just so happens to be in the ad business itself – is not a fan of this new functionality.

So what if you were offered a discount on your mobile phone in return for receiving ads on your smartphone??

5.5 million Australians would unlock mobile phone to advertising for a discount.

More Australian mobile owners could soon have the option of receiving ads on their smartphones in exchange for a discount or extra monthly data—but not all service providers’ customers are interested, Roy Morgan Research shows.

37% of Australian smartphone users (14+) agree they would be interested in receiving ads on their mobile phone if it reduced their bill—that’s around 5.5 million people ready to be reached.

In October 2015, Lebara become the first local provider to offer such plans after making a deal with Unlockd, a Melbourne-based mobile platform developer that also recently announced expansion into the US and UK. After downloading the app, users receive ads every few times they unlock their phones—and get a discount or extra data in return.

So where to next for Unlockd? Nearly half of Dodo’s smartphone customers agree they would be interested in an ad-supported quid pro quo (47%), followed by customers with Lebara’s own network operator Vodafone (44%), and those with Amaysim (43%), Optus (40%) or Boost (39%).

“Dodo’s smartphone customers are the most likely to be interested in opening up their phones to ads in exchange for a discount but, like Lebara, this would equate to only a tiny overall reach for Unlockd and their future advertisers.

“There are around 1.1 million smartphone customers at Vodafone and 1.3 million at Optus who could be interested in an ad-supported plan—that’s the sort of reach attained by the weeknight news on commercial television networks.

“The future challenge for advertisers and their media agencies using this new, broad-reaching channel will be to achieve accurate and cost-effective targeting—and the only way to do that is to understand the people holding each device. Our suite of digital products evaluates the effectiveness of advertising across target audiences.”

What To Do If Your Mobile Phone Is Lost Or Stolen