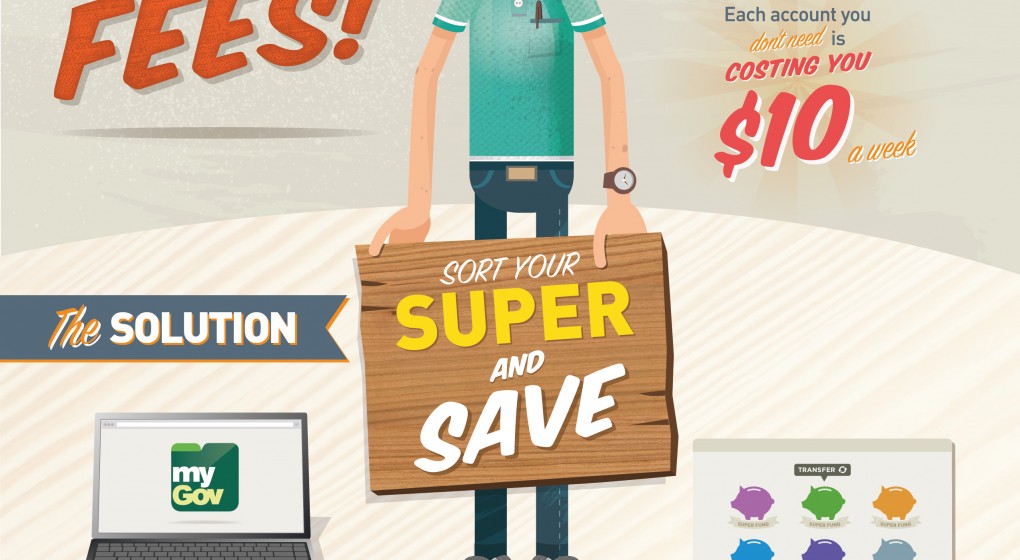 Young working Australians could be wasting thousands of dollars in unnecessary fees every year just by having too many separate superannuation accounts.

According to figures released by the Australian Taxation Office (ATO), 45 per cent of working Australians aged between 18 and 35 have more than one super account.

The ATO is encouraging young workers with multiple accounts to consider combining their super into one preferred account using myGov.
Australian Prudential and Regulation Authority (APRA) figures show the median figure for fees and charges paid by Australians for a low cost superannuation account is $532 per year.

ATO Assistant Commissioner of Superannuation, John Shepherd says young workers are not always as engaged with their super, but don’t realise they could be wasting thousands of dollars of their own money over time.

“Young people are often mobile in the workforce and it’s not uncommon to open a new account when they start a new job, started instead of taking their preferred fund account with them,” Mr Shepherd said. 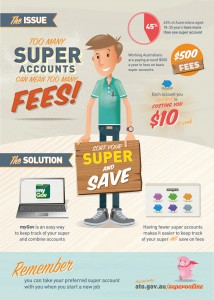 They might also have super accounts which they have lost track of, for example, they may not have updated their contact details with their funds when they moved house – there are still $5.8 billion worth of accounts in this category,” he said.

“myGov has made it much easier for young people to combine their super accounts with just a few clicks,” Mr Shepherd said.

“Simply log on and link to the ATO if you have not already done so. You’ll be able to see all your super accounts in one place and from there it’s simple to consolidate all your funds into a single account, saving you money in unnecessary fees.

“We’ve recently seen a significant increase in Australians merging their super into one preferred account with more than 265,000 accounts with balances totalling $1.13 billion consolidated in the six months to December 2014. In one case, 17 accounts were consolidated.

“This is a rise of 400 per cent from the six months to December 2013 when 52,000 accounts worth more than $270 million were consolidated.
“If you’ve tried to combine your accounts before and found it difficult to do, give it another go. We have simplified the process since our online services were first launched and it’s now easier than ever to consolidate your super,” Mr Shepherd said.

Mr Shepherd said that before people consolidate, they should consider any insurance cover their accounts may hold, as it will be cancelled once they close their account.

Considerations When Lending Money to Friends or Family