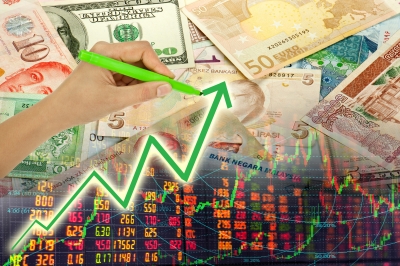 Fear and greed are the deadly sins of business decisions, and this is never truer than with foreign currency strategies.

As we’ve seen recently, currency markets can be highly volatile and very unpredictable. After months of downwards predictions for the Australian dollar, there’s now belief that it could rise above parity again.

Many business have spent the past few months hedging against the prospect of a much lower Australian dollar. In this environment, importers have tended to transact at a spot exchange rate, so they take the day’s rate instead of paying unnecessary costs to insure against the chance of such an outcome (via a forward exchange contract or option). 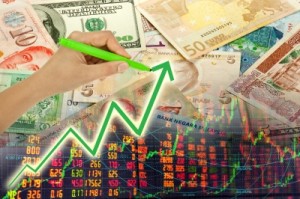 1. Currency markets are too volatile for kneejerk reactions

It’s a very dangerous mindset to hang your hopes on the belief that the good times will always roll. It leads to complacency, or a worrying lack of urgency.  Accidents happen when drivers take their eyes off the road, and the recent volatility in the Aussie dollar has caught many Australian businesses unprepared.

Faced with this scenario, most people’s decision making ends up being driven either by greed or fear. So they either wait for the price to recover (greed), or rush to hedge against a further decline (fear driven).

A significant amount of research has been carried out into the psychology of greed and fear. “The Framing of Decisions and the Psychology of Choice” (1981), by Amos Tversky and Daniel Kahneman, is one of the most famous. It looks at the impact of cognitive bias on decision making.

Tversky and Kahneman conclude that people’s reactions to a particular choice depend on how that choice is presented to them. Their research in this area led them to what is termed “Prospect Theory”, which states that people make decisions based on the potential value of losses and gains rather than the final outcome. Importantly for business strategies, the data shows a loss is more significant than the equivalent gain.

The power the fear of loss can exert is certainly something we’ve seen at OzForex. When the Australian dollar dropped rapidly below parity with the US dollar, many analysts rapidly forecast further declines – some even putting 12 month targets on AUD/USD below 80 cents.

This led to a sharp increase in demand for hedging products by importers who were concerned about the impact a lower currency may have on their profitability.

Fear based decisions are not necessarily wrong. It’s a basic human instinct to seek certainty or safety when feeling vulnerable, this his may in fact be the best course of action.

4. Greed can result in apathy and inaction

On the flip side, while the power of fear tends to lead to often too-hasty action, greed can actually trigger equally damaging inaction or indecision. Some people frequently prefer to play a waiting game, in the belief (or hope) that either the current market is wrong, or instead that there could be a major correction giving them the chance to achieve a better rate at some point in the future.

Although this is possible (the future is always unknown) it can be an accident waiting to happen, or like a surfer waiting for the perfect wave that may never come.

With businesses caught at the crossroads, unsure of whether the Australian dollar downside is ending or it’s tracking back up, it’s important to understand the reasoning behind their decision or indecision.

Is your current strategy dictated by greed or fear? We recommend taking emotion out of the equation altogether and instead creating having a written, formalised plan – an FX Policy – to guide your decision making process in future.

How to Cash In on Your Old Electronic Devices