Aussie shoppers are swapping their usual litre of milk for non-dairy alternatives. And Soy milk is topping their grocery lists as huge numbers of us are switching from cow’s milk to non-dairy milk alternatives.

How do you take your coffee? The answer is no longer black or white. Upstart milk substitutes such as oat, almond, rice and quinoa have now joined soy milk in the battle with moo-juice for a place in your mug.

While Baristas may resent it because it coagulates with coffee and author Dean Koontz may have described it as an “obscenity” in one of his novels, but soy milk does have its supporters. In fact, the latest findings from Roy Morgan Research reveal that soy drinks are more popular with Australians 14+ than energy drinks, sports drinks, iced teas or breakfast drinks. 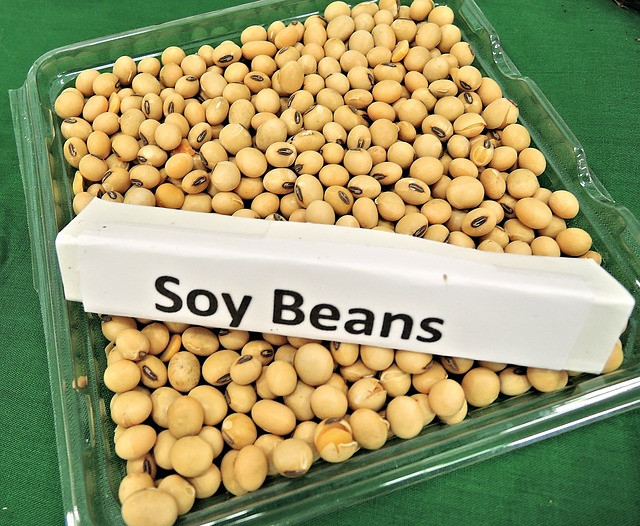 And whereas consumption of energy- and sports-drinks has slipped since 2012, the proportion of Aussies drinking soy beverages is up over the same period. Admittedly, the increase has been fractional (from 5.3%), but even so, this does represent an extra 115,000 people drinking soy milk at least once per week.

Curiously, ACT residents lead the country for soy drink consumption, with 9.3% drinking it in an average seven days; ahead of Melburnians (8.3%) and Sydneysiders (6.0%). Lagging behind the other capital cities is Hobart, where only 3.8% of residents drink soy beverages. Overall, capital-city dwellers (6.3%) are more likely than country residents (4.6%) to opt for soy drinks.

Not surprisingly, consumption is well above average among people who ‘avoid dairy foods wherever possible’ (16.4%) as well as those for who say ‘Milk/Dairy products do not agree with me’ (15.4%). It is also elevated (13.5%) among people who report that ‘The food I eat is all, or almost all, vegetarian.’

However, our figures show that dairy and soy milk consumption are not as mutually exclusive as one might think. Almost one-third (31.3%) of Australians who consume soy drinks in an average seven days also drink regular fresh white milk in that time.

Even among soy-drinkers who have issues with dairy, there is a surprising rate of dairy-milk consumption. Some 13.4% of soy-drinkers who ‘avoid dairy foods wherever possible,’ and 15.8% of those who say that ‘milk/dairy products don’t agree’ with them, drink regular milk as well as soy.

The rise of dairy-free milk sales also gives concern to Australian dairy farmers as the economy of milk production, especially on smaller farms, is unsustainable, and it is the relentless cost-cutting by some of the big supermarket chains that is responsible. Plus as more people turn to milk alternatives for reasons including lactose intolerance, allergies, veganism and environmental concerns, dairy farmers are worried with how to make the white stuff remain attractive to their customers.

As consumers, of course, we can benefit from their determination to pay the lowest price: we can buy a litre of milk for a couple of cents less. But the cumulative effect is to drive dairy farmers out of business – and that, in the long term, will be a loss for the Australian shoppers.

Is Linkedin Really Worth The Time & Effort?

You And Your Money Takes The Yakezie Challenge

Helping Your Parents Out Financially