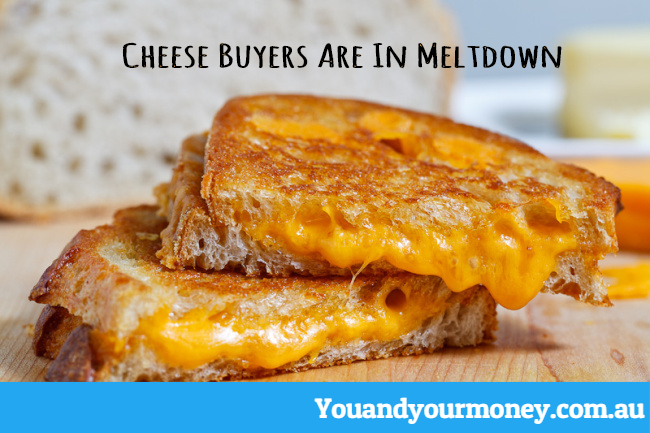 We all know that in Australian city folk are just a little bit different than their country cousins, a trip to the Sydney Royal Easter Show can confirm this.  But not only do we differ in our dress and our attitudes to our views on politics and health.

The latest findings from Roy Morgan Research reveal yet another difference between rural and urban Aussies: their cheese buying habits!

In the 12 months to September 2015, 79% of Australian grocery buyers in capital cities and 84% of those in country areas bought block, sliced and/or grated cheese in an average four weeks.  This pattern can be seen across all states except Western Australia and Tasmania, where capital-city grocery buyers are more likely to shop for cheese than their rural counterparts.

In every state, supermarket brands are the most popular choice for city and rural residents alike with block, grated and sliced cheese accounting for the lion’s share of cheese purchases in Australia.

Could the drop in city cheese buyers be related to

Lactose intolerance on the rise among Australian women.

Between 2011 and 2015, the proportion of Australian adults reporting they are lactose intolerant has risen from 2.8% to 4.0%. Amounting to just over 240,000 additional sufferers, this may not seem like much, but what makes it noteworthy is the fact that the increase is almost entirely driven by women.

Women aged between 25 and 34 have the nation’s highest incidence of lactose intolerance (8.2%), followed by women from the 35-49 age bracket (6.9%). Among men, those aged 35-49 years and 25-34 years are most likely to be lactose intolerant, although at 2.2% and 1.8% respectively, they appear to be dramatically less susceptible than women.

Lactose intolerance comes complete with suite of symptoms and side effects, ranging from the unpleasant to the really serious. Compared with the average Australian, people who are lactose intolerant are:

Little wonder, then, that lactose-intolerant Aussies are 13% less likely than the average Australian to agree that ‘I’m feeling well and in good health’.

Lactose intolerance occurs when a person’s body doesn’t produce enough of the lactase enzyme to break down the lactose found in dairy milk and some foods.

Although medical and health research does not tend to identify women as being more susceptible to the condition than men, data shows that it is considerably more prevalent among Australian women.

To minimise its symptoms, people who are lactose intolerant should avoid certain dairy products.