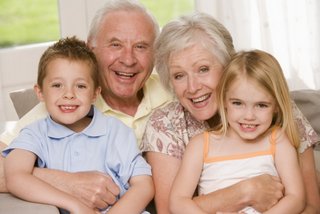 There are lots of reasons why women are worse off financially in retirement. The UK Pensions Commission identified that female pensioners in the UK are “significantly poorer” than men.

There are a number of reasons for this but one is undoubtedly the disparity in earnings between men and women. Women generally have lower pensions than men because they suffer from lower lifetime pay and career breaks due to caring responsibilities and bringing up children.

A consultation with a financial adviser or retirement specialist could help women put together an action plan to help increase their potential retirement income.

These are the latest findings from the Roy Morgan Single Source survey of over 50,000 people pa, of which over 34,000 have superannuation.

Based on the median value held in superannuation, women have made progress towards closing the gap, rising from 52.8% of the male median in 2011 to 66.2% currently, but this is still a major disparity.

Obviously, age is a major determinant of how much someone has in superannuation, with balances increasing as people head towards retirement. Men, however, are well ahead of women across all age groups.

For the pre-retirement age group (50-64), the median value held by men in superannuation is $196,700, well ahead of women with $107,900. This is not only a huge difference of $88,800 in favour of men, but indicates that the majority of this age group overall are not well prepared for superannuation to fund their retirement.

The median value of superannuation for men in the 65+ group is $240,100 and for women it is $175,800, which shows that both sexes are likely to fall short of what they will need in retirement.

Satisfaction with financial performance of super is key

Attracting and retaining superannuation customers depends to a considerable extent on investment performance and associated fees. Our research shows that these are a major reason that people switch to self-managed super funds in particular. To increase the superannuation balances held by women at the brand level, it is necessary therefore to measure how satisfied they are with the financial performance of their fund relative to others.

The following chart shows that women are clearly most satisfied with the performance of self-managed super funds (79.2%) and QSuper (74.2%).

“This research shows that in order to understand the adequacy of superannuation for men and women, the analysis needs to be based on median values rather than the more commonly used average balances. This is because more than 70% of both sexes fall below the mean value, making it an unrepresentative and misleading measure of adequacy.

“With considerable publicity now being focused on the gap between men and women in regards to superannuation balances, it is somewhat encouraging to see good progress being made towards reducing this difference. Obviously, several factors are driving this, such as the gradual impact of the compulsory super scheme, higher levels of education for women, increased awareness of the issue, increased work-force participation and a trend towards self-managed super.

“However, the fact remains that women still hold only two-thirds of the average or median value of superannuation balances held by men, and more definitive action is essential to ensure that women have adequate super funds for their retirement.

“Although we see that super balances increase with age for men and women, it is concerning that women have much lower median balances across all age groups. This makes it very difficult for women to catch up by retirement age. Furthermore, a serious problem exists for both sexes with regards to inadequate super funds for retirement. Half of the men with super in the critical pre-retirement age (50 to 64) have balances of less than $197,000 while half of the women in this group have less than $108,000.

“Despite the fact that superannuation performance tables are produced from a number of sources, fund members’ behaviour will ultimately be determined by how they feel their fund is performing. Our results show that a number of major funds are not meeting the expectations of their female members, which will make retaining and attracting funds more difficult.”